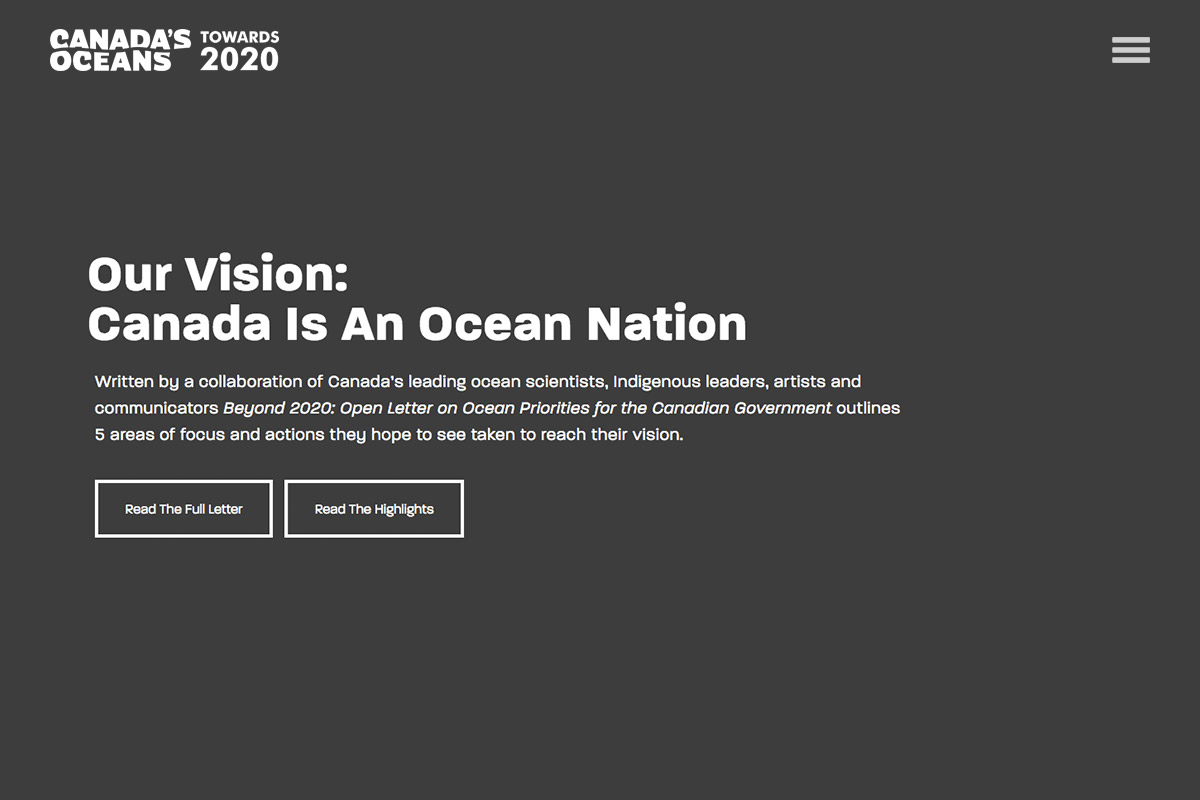 Campaign Summary
In December 2017, over 30 of Canada’s most respected, passionate, and informed marine communicators, scientists, Indigenous representatives, artists, and storytellers came together at the Royal Ontario Museum in Toronto. The event was public facing and included over 600 people. After the two-day gathering 30+ leaders, including representatives from Parks Canada and Fisheries and Oceans Canada, met privately to craft a vision for Canada’s oceans with the goal of confirming Canada’s identity as an ocean nation.

Challenge
Share the vision for Canada’s oceans, drafted in the letter, with key influencers, including members of parliament.

Solution
Evermaven team members sat at the table and participated in the forward-thinking discussion. We then built a social friendly, mobile responsive online platform complete with original art by illustrator Pete Ryan that uniquely visualized 5 areas of focus and highlighted the expert recommendations. NGOs Oceana Canada, Sea Legacy, and the David Suzuki Foundation, and Catherine McKenna, the Minister of Environment and Climate Change, all participated in the campaign. 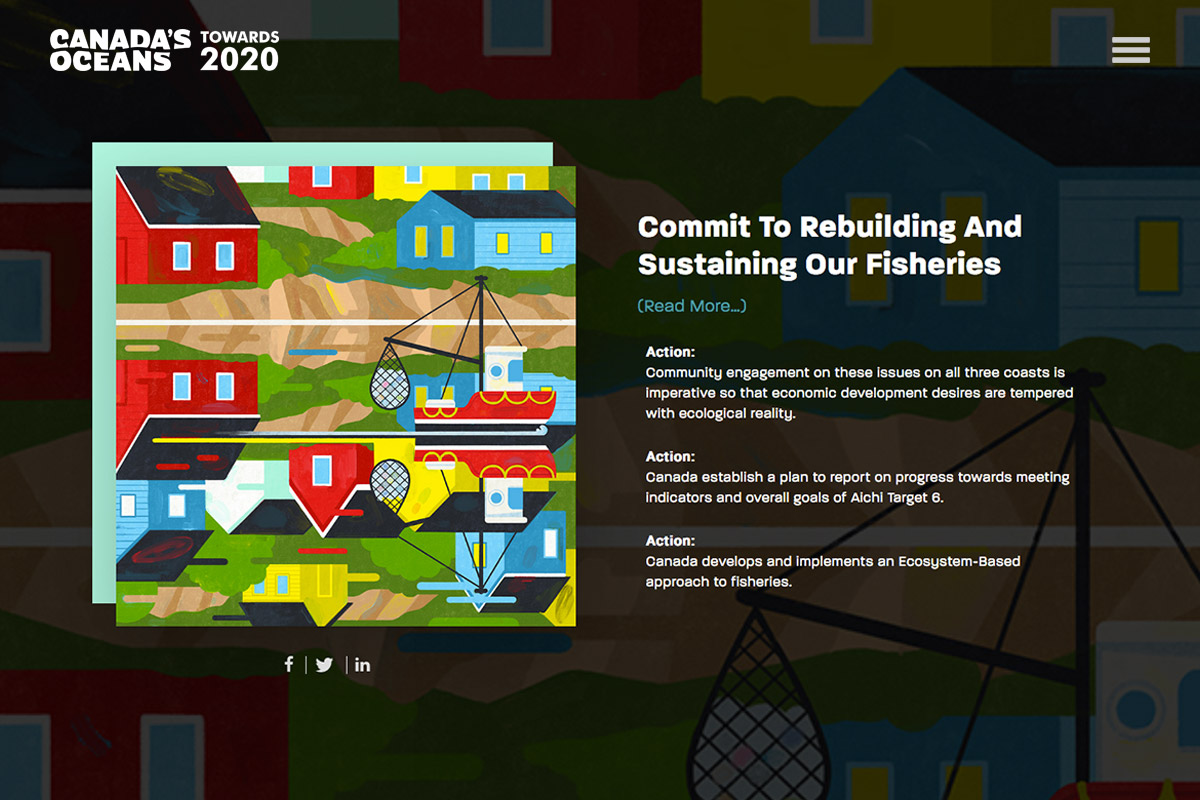 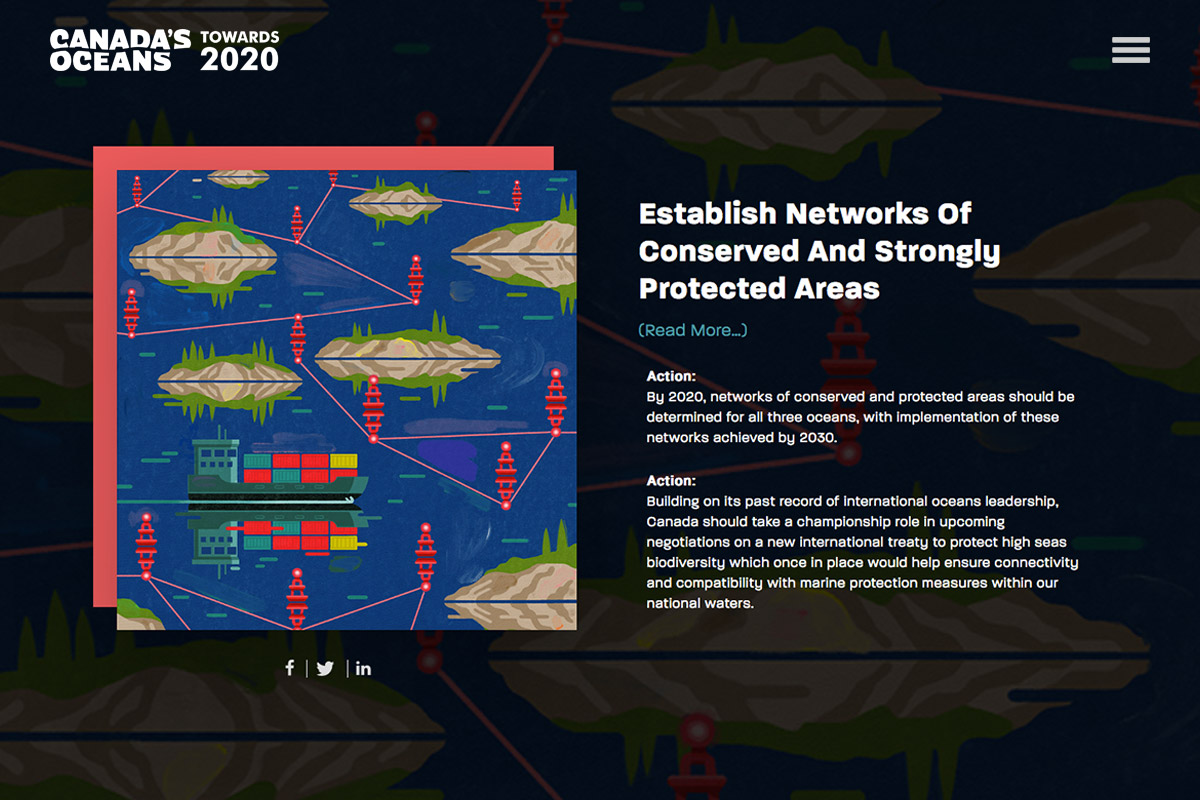 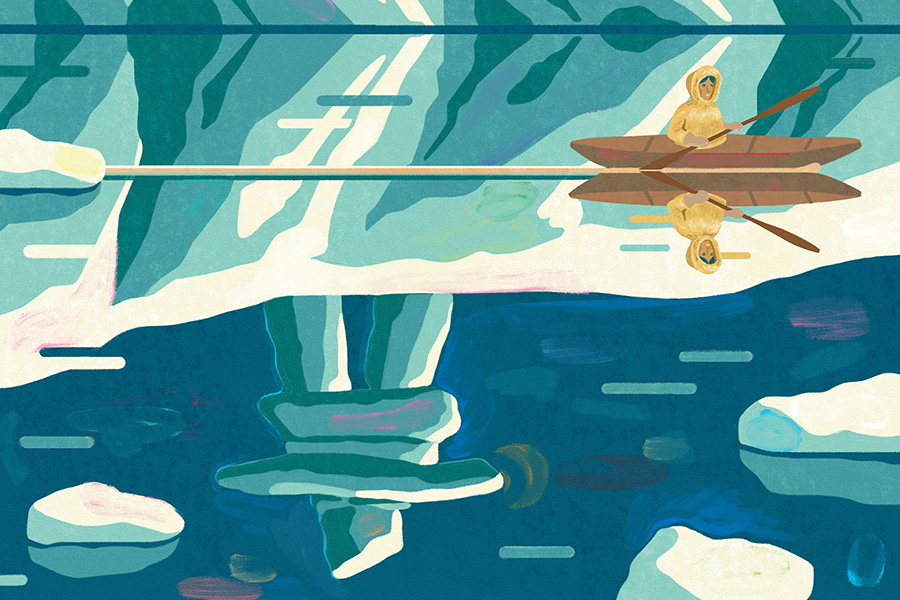 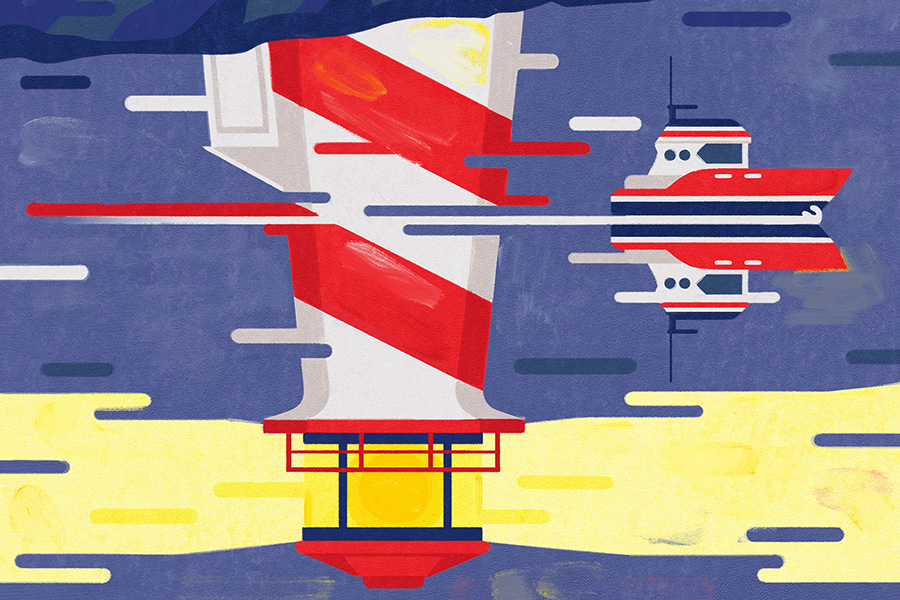 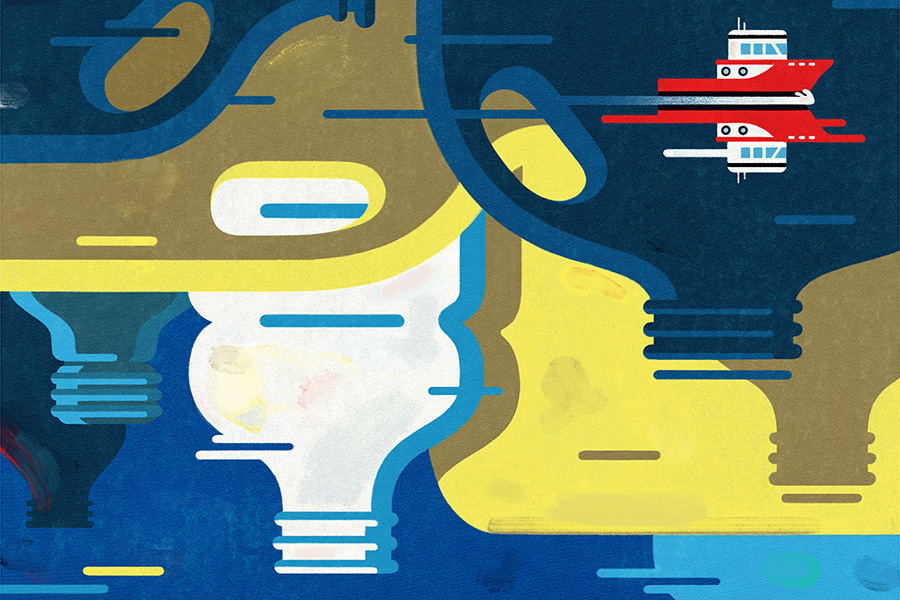 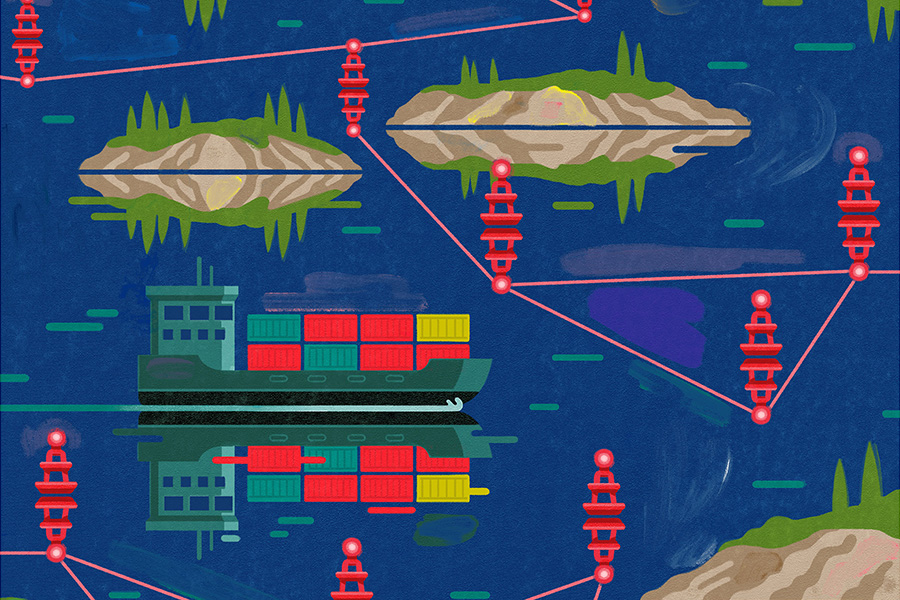